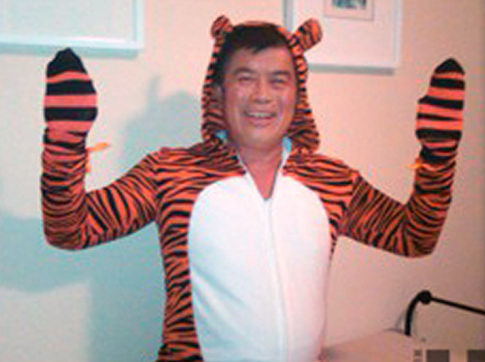 The pictures says a thousand words about Congressman David Wu (D-OR). But he has even more craziness to offer. The 56 year old Wu has been accused of a “unwanted sexual encounter” with a teenage daughter of one of his close friends. According to The Oregonian Wu, â€œacknowledged a sexual encounter to his senior aides but insisted it was consensual.” There has been no criminal complaint filed by the young lady or her family. He has a history of sexual assault with charges going all the way back to his time in college 1976. He has been acting strange lately, but still won re-elected during the 2010 elections. Wu has been known to wonder around Portland acting as a homeless person, and has problems with alcohol. His staff and psychiatrist staged an intervention and he refused to seek help, after which most of his staff quit. In 2007 Wu delivered a speech on the House floor about Vulcans working in the Bush administration. Apparently he thinks Star Trek was for real. The picture of Wu in his tiger suit was sent out to staffers just before his 2010 election. This was the final straw for many of his staffers which quit shortly after the picture was sent to them in an email. The bad part about all of this is he will get off scott free and we will pay his way for the rest of his life. It’s great to be a Congressperson!!!

This entry was posted in Congress, Political Humor. Bookmark the permalink.