Fred Karger Drops Out Of The Race For President 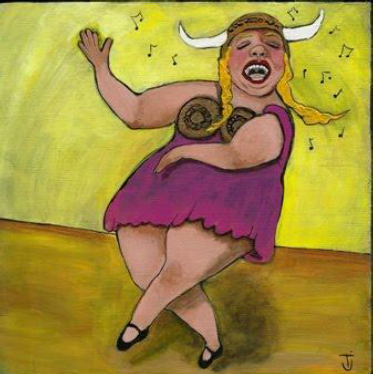 She’s singing. The Karger for President Campaign is officially over today.

Fred Karger, who was running as the first openly gay republican, has announced today he is dropping out of the race. Fred Karger first became active in politics working for President Ronald Reagan. Karger stated in a message to supporters;

After 2 ½ years of campaigning as a candidate for President of the United States I am officially ending my historic campaign today June 29, 2012. It’s been one hell of a ride, and I want to thank the thousands of people across this country who volunteered, contributed, opened their homes, came to our events and cheered me on. Special thanks to the thousands more who shared their stories with me in person, via email, facebook, twitter, etc. Every one of you kept me going.

It’s been the experience of a lifetime. I’ve made many new friends and undoubtedly picked up a few more detractors. I hope and trust that my discussion of the key issues helped to open dialog on fixing the economy, balancing the federal budget, creating jobs, education reform, the environment, immigration reform, ending the Iraq and Afghanistan wars and fighting for full equality for all lesbian, gay, bisexual and transgender Americans. We must move forward on these issues and many more.

A big thank you goes out to our incredible campaign team, most of whom have been around for nearly the entire 2 ½ years. Your dedication, spirit and great ideas made all the difference.

I plan to rest up for awhile and then I will be back at it to help in the fight for LGBT equality. We will let you know as soon as our exact course is determined.

This entry was posted in 2012 elections, Republican. Bookmark the permalink.