Mitt Romney Asks, What If Your Family Budget Was The Federal Budget?

Mitt Romney’s campaign has released another infograph on the Obama budget. This one shows what your family budget would look like if the government ran it. The problem with it is the family of four is surviving on just under 25 thousand a year, which is close to poverty level. My guess is this family of four would qualify for food stamps and government housing, and could afford to spend more than they actually take in. This family of four would also be in that 46% of those that don’t even pay taxes. I bet Mitt Romney has spent their yearly income in one day several times. 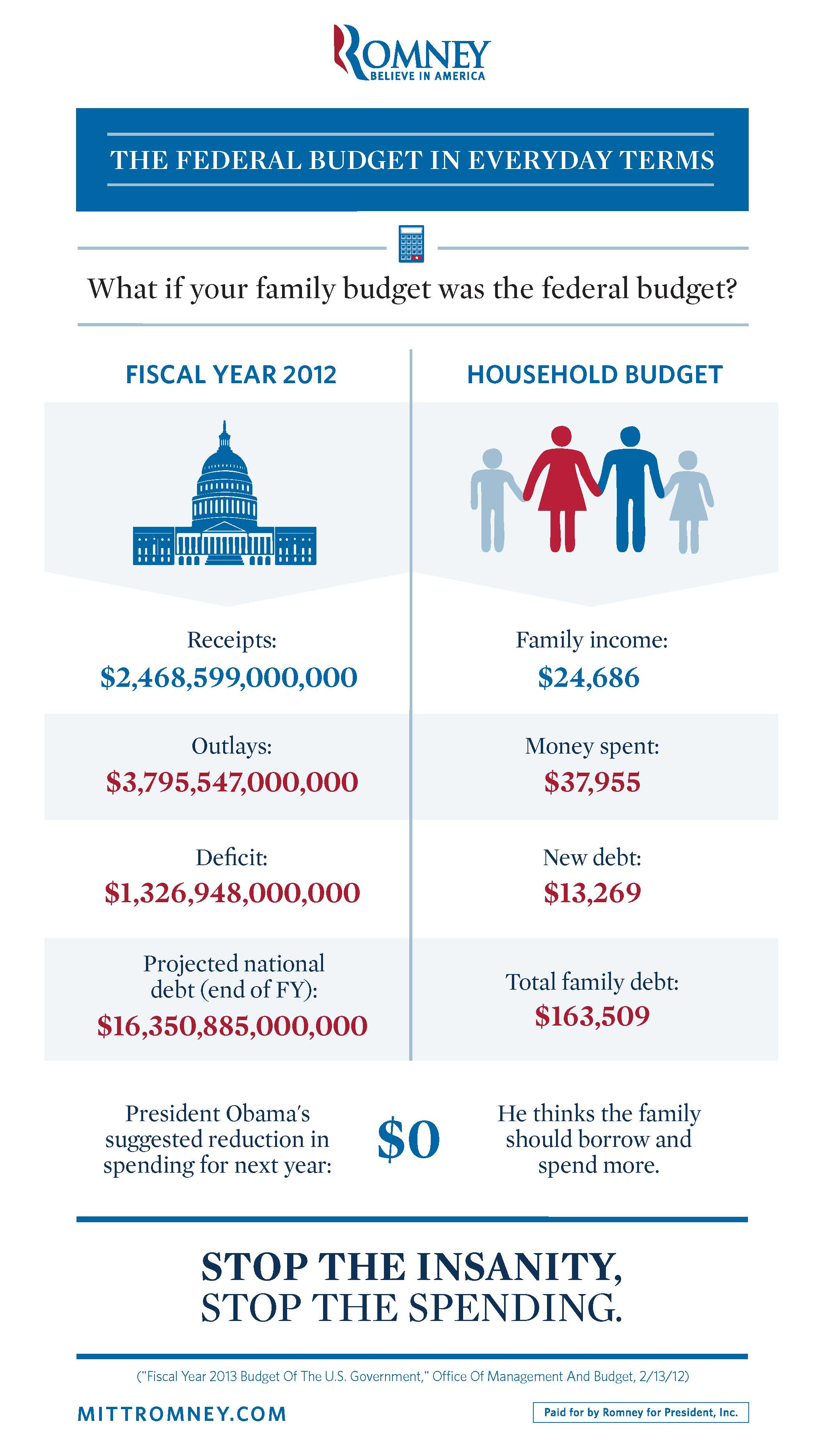 This entry was posted in 2012 elections, Campaign Ad, Mitt Romney, The Economy. Bookmark the permalink.