Newt Gingrich Thanks Supporters Before He Suspends Campaign

Newt Gingrich has released a video to supporters saying thanks for their support. “On Wednesday I will be officially suspending the campaign as part of a press event.” “Because of your help and your support, we were able to put up a terrific campaign, and I want you to know that Callista and I are both very grateful to everybody across the country,” Gingrich said in a web video announcing the suspension of his presidential campaign. “I want you to know that we’re going to continue out there on the road. Both Callista and I will be talking, campaigning, making speeches, doing everything we can to help defeat Barack Obama,” Gingrich said. “A re-election of Barack Obama will be a genuine disaster. And all of us have an obligation I think to do everything we can to defeat Barack Obama,” he said. “I hope you’ll join us in this historic effort because this is still the most historic election in our lifetime.”

Alan Cosgrove with Newt and Callista Gingrich during a happier time in the campaign: 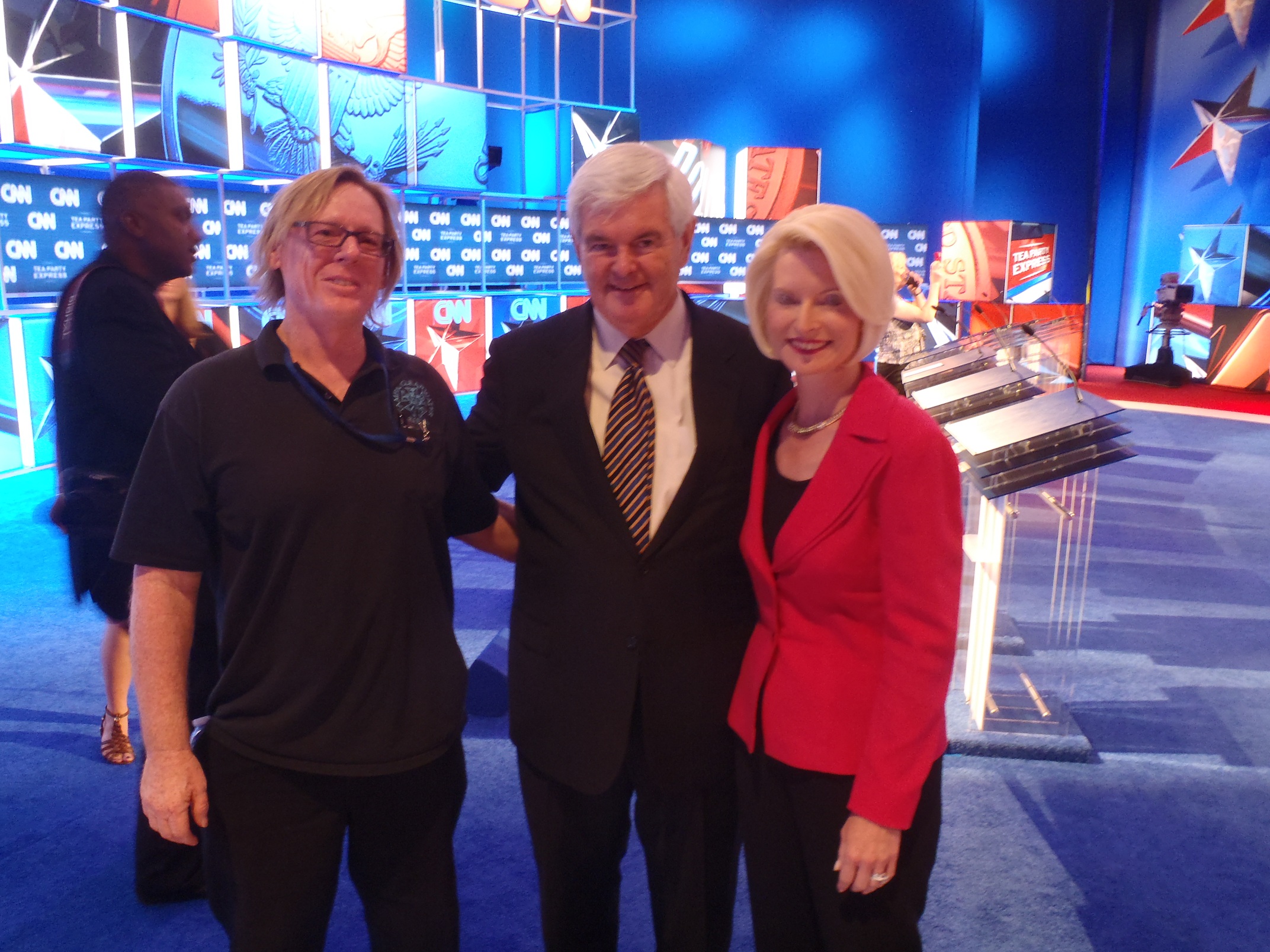 This entry was posted in 2012 elections, Newt Gingrich, Republican, VIDEO. Bookmark the permalink.