The Buffett Tax Is A Distraction, Not A Solution 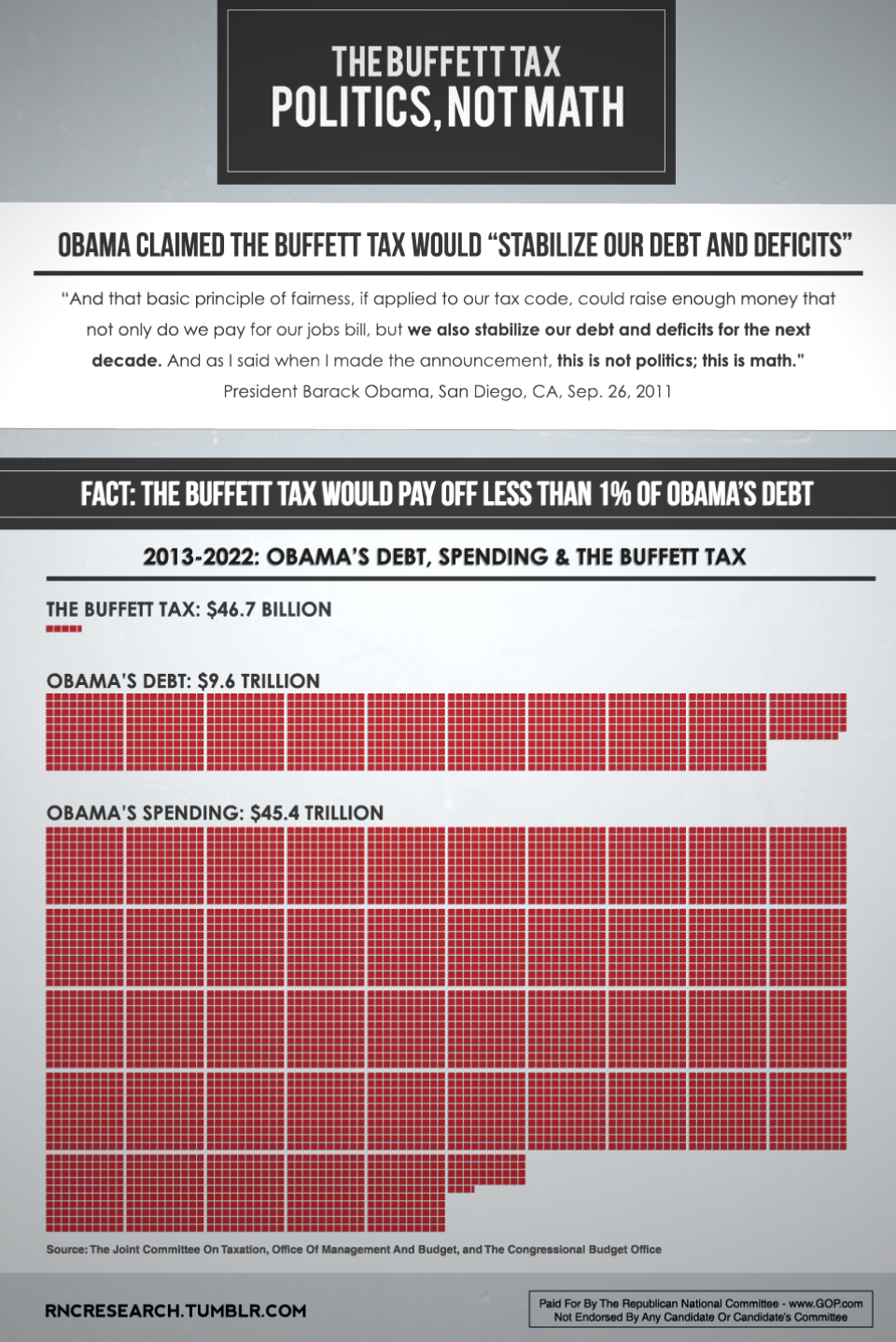 The GOP have put together this chart that shows the Buffett Tax would be little more than a “drop in the bucket.” President Obama explained the Buffett Tax is a “very simple principle that everybody should understand: Warren Buffett’s secretary shouldn’t pay a lower [sic] tax rate than Warren Buffett. A teacher making $50,000 a year, or a firefighter making $50,000 a year or $60,000, shouldn’t be paying a higher tax rate than somebody making $50 million a year. And that basic principle of fairness, if applied to our tax code, could raise enough money that not only do we pay for our jobs bill, but we also stabilize our debt and deficits for the next decade. And as I said when I made the announcement, this is not politics; this is math.” The GOP have responded saying, “”That figure would be a drop in the bucket of the more than $7 trillion in federal budget deficits projected during that period. It is minuscule compared with the many hundreds of billions of dollars it would cost to repeal the alternative minimum tax, which Obama’s budget last month said he would replace with the Buffett-rule tax.” You can go here to see more of a GOP examination of the Buffett Tax.

This entry was posted in 2012 elections, Barack Obama, Campaign Ad, Republican, The Economy. Bookmark the permalink.