Work on the RNC at the Tampa Bay Times Forum is well on its way with still over a month to go. Most of the labor at the RNC are members of labor unions including many of the production people, forklift drivers, steel workers, riggers, and carpenters. I.A.T.S.E. Local 321 has managed to get much of the production labor despite the fact the Times Forum is traditionally a scab venue. This goes against the grain of the story line that republicans are anti labor even though the Republican party often uses union labor for their big events. In the Tampa Bay area local 321 has worked for both sides of the aisles, including a mock debate for candidate Obama and a real debate during the republican primaries sponsored by The Tea Party and CNN. During the 2008 elections the democrats were threatened by the unions with bad advertising before they capitulated and used them for the convention. Sometimes reality doesn’t fit the storyline. Check back here for updates on the RNC from Tampa including pictures of the progress. 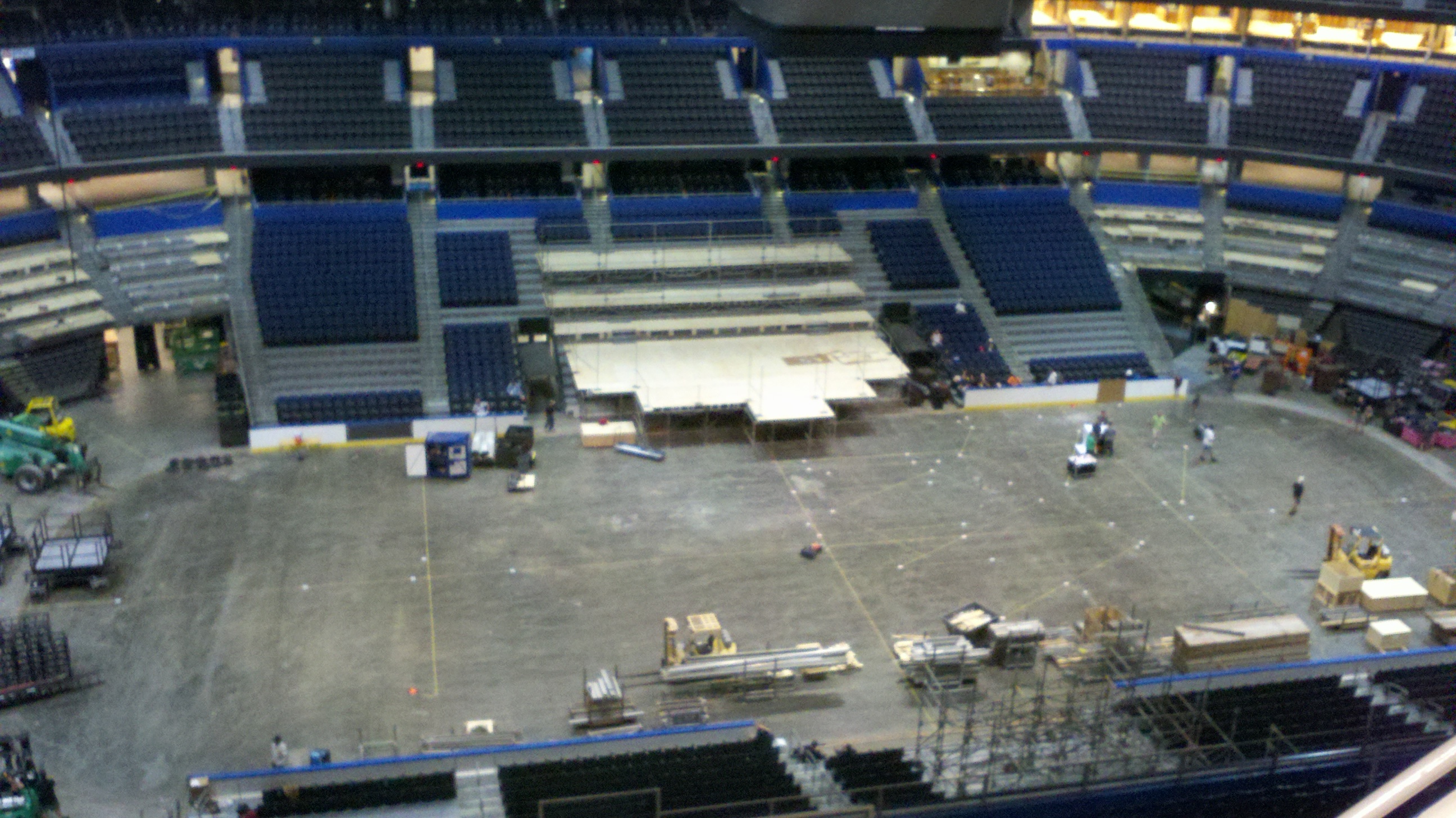 This entry was posted in 2012 elections, Republican. Bookmark the permalink.